The Festivalhotel Schweizerhof Luzern celebrates its anniversary from Friday, 21 August 2020! The 175th anniversary of the traditional hotel will be celebrated for a whole year.

The first Grand Hotel in the city of Lucerne opened its doors on Thursday 21 August 1845. Exactly 175 years later, we look back on an eventful time and countless stories and open a year full of festivities on the actual birthday. Clemens Hunziker, director of the Hotel Schweizerhof Lucerne, explains: "We do not celebrate our anniversary during a calendar year, as is customary in many places, but from birthday to birthday. This year, the number 175 is the focus of attention and is a constant reminder of the cradle festival in the form of events, campaigns and prizes"

An anniversary year to experience

In our event calendar you will find both:  year-round offers and unique events. Throughout the year, the hotel's own restaurants offer an exquisite anniversary 5-course menu at a price of CHF 175.00. Those who cannot stand the whole evening in their chair can combine a 3-course menu with an exciting treasure hunt between the individual courses in the form of a scavenger hunt right through the hotel. On 26 September, the avowed friend of the Festival Hotel, Philipp Fankhauser, will be hosting a festive "Blues & Dine" as part of the anniversary celebrations. New Year's Eve at the Hotel Schweizerhof Lucerne will also be under the motto "175", to name but a few examples of the varied programme. You will always be informed here about the current anniversary events.

The golden anniversary plate is missing - help us find it! In combination with a 3-course menu, riddle fun is guaranteed.

On the occasion of the 175th anniversary you can experience the hotel's culinary history. 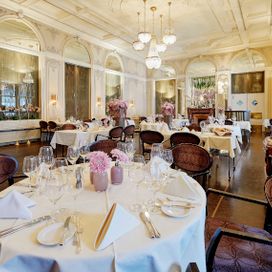 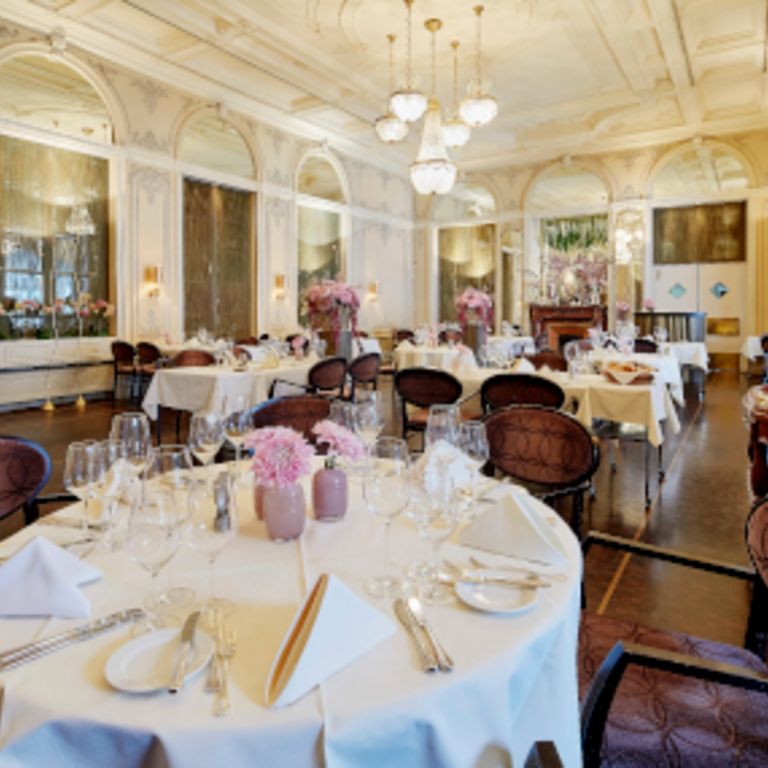